There have been rumours spreading over a year claiming that some canned fruit products manufactured in Thailand were contaminated with Human Immunodeficiency Virus (HIV) / Acquired Immunodeficiency Syndrome (AIDS) carriers' blood. In late 2013, the Thai authority debunked these rumours in a press release. The Centre for Food Safety also addressed public's concern that HIV/AIDS might be transmitted by food in a Food Safety Topic that was posted on its website last year.

The World Health Organization opines that HIV cannot be transmitted by food or water. Literature has shown that HIV does not live long outside the human body and that HIV is inactivated when a temperature as low as 65°C is reached. Even if a food contains HIV, the heat treatment in the canning process would have killed the virus. 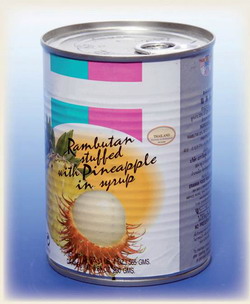