In the past, poisoning cases in relation to consumption of star fruit have been reported among patients with chronic renal failure in Brazil, Taiwan, Hong Kong and Mainland China. It is thought that star fruit contains high oxalate and moderate potassium contents, and might contain a toxin which could be harmful to patients suffering from kidney diseases. Poisoning has also been reported among healthy individuals who ingested a large amount of sour star fruit juice on an empty stomach and in a dehydrated state.

Individuals with renal failure or impaired renal function are advised to refrain from eating star fruit and its products. 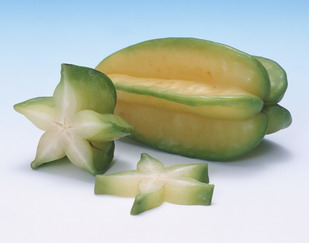