Stevioside Used as Sweetener in Food

The Centre for Food Safety (CFS) recently found that some snack products on sale locally contained a non-permitted sweetener, stevioside.

Stevioside, a major component of steviol glycosides, is a sweetener extracted from plants. It is a high intensity low calorie sweetener approximately 250-300 times sweeter than sucrose. Steviol glycosides are permitted to be used as sweeteners in food in countries like China , Japan and Korea , but not in Australia , Canada , EU, Singapore , USA and also not in Hong Kong .

Safety evaluation of steviol glycosides was conducted by the Joint Food and Agriculture Organization / World Health Organization Expert Committee on Food Additives (JECFA) in 2004. It was concluded that steviol glycosides did not demonstrate any toxic effect on genes nor cancercausing potential. There is no safety concern upon normal consumption. However, the JECFA raised concern about their potential pharmacological effects on blood pressure and blood glucose levels among individuals with hypertension and diabetes respectively, and therefore considered that more scientific data would be required for further evaluation. As such, the CFS does not consider it timely to permit the use of steviol glycosides as sweeteners in food. The subject will be kept in view, particularly the future safety assessment of steviol glycosides by the JECFA.

llustration: Examples of snacks involved in the incident 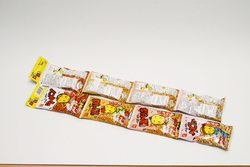 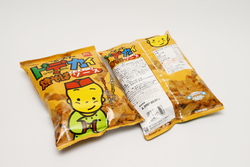