In the wake of recent public concerns over formaldehyde found in Bombay-duck (a kind of marine fish), this article provides an overview on formaldehyde and discusses its food safety risk.

Formaldehyde is a chemical commonly used in industry for the manufacturing of plastic resins that can be used in wood, paper and textile industry. Formalin, which is a solution of about 37% formaldehyde, serves as disinfectant and preservative for household products.

Formaldehyde is ubiquitous in the environment, as it is produced from both natural and manmade sources. It exists at low levels in most living organisms as a metabolic intermediate. Major manmade source of formaldehyde includes combustions (e.g., engine exhaust, wood burning, power plant, waste incineration etc.), building materials and tobacco smoke.

Excluding occupational exposure in industrial settings, major exposure route for formaldehyde in the general population is through inhalation of air, especially indoor air. Formaldehyde can come from recently installed building materials and furnishings. Tobacco smoke can also contribute up to 10 to 25 percent (0.1-1 mg/day) of the exposure from indoor air. Other sources of exposure through gas and dermal contact in the general population include: smog, gas cookers, open fireplace, wood products, textiles, paper, cosmetics and pharmaceuticals etc.

Why Formaldehyde is Present in Food?

As a product of normal metabolism, formaldehyde has been documented to be naturally present in many common food items, including fruits and vegetables, meats, fish, crustacea and dried mushrooms etc., at a wide range of levels (Table 1). In some seafood species, formaldehyde is a natural breakdown product of a chemical known as trimethylamine oxide (TMAO) that exists in their bodies. Trimethylamine oxide breaks down into formaldehyde and dimethylamine in equal parts after the animal dies. The level of formaldehyde can accumulate in certain marine fish during frozen storage and crustacea after death. Its levels were reported to be up to 400 mg/kg in Bombay-duck after cold storage. The detection of dimethylamine in Bombay-duck was used to distinguish whether formaldehyde had been added deliberately.

Since there have been no extensive studies on the levels of naturally occurring formaldehyde in foods, data may not be available for every food. There have been reports of abusive use of formaldehyde in mung bean vermicelli, soya bean sticks and hydrated food (e.g. tripe) previously. Of the over 250 food samples analysed for formaldehyde between 2004 and September 2006, all the results were satisfactory. There is no cause for undue concern over formaldehyde exposure from food so long as you maintain a balanced diet.

s formaldehyde is water soluble, it is recommended, as a good risk reduction measure, that dried food should be thoroughly soaked during preparation (soaking water discarded). Food should also be washed and cooked thoroughly before consumption as a precautionary measure. 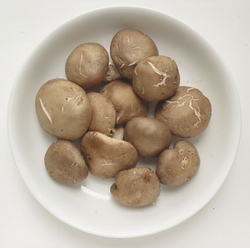 Advice to the Consumers

Readers may obtain further information on formaldehyde in food from the following websites: