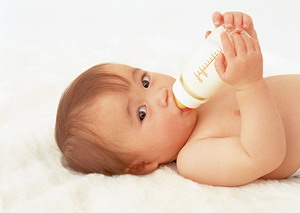 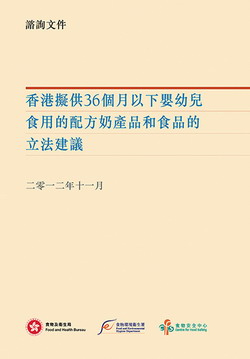 Key aspects of the proposed legislation:

As for the regulation of nutrition claims, it is a complex and controversial issue. At present, there is still a lack of international consensus on the regulation of claims. To avoid delay in the task of regulating nutritional composition of infant formula and nutrition labelling of formula products and foods intended for infants and young children under the age of 36 months, the Administration has proposed to tackle the issue of regulating claims at a later stage.

A two-month public consultation exercise was conducted from 20 November 2012 to 21 January 2013 to collect views from the public and stakeholders. Strong support for the legislative proposals was received from respondents. Some urged that the proposals be enacted as soon as possible to protect the health of infants and young children. The Administration will therefore proceed with drafting the legislation for introducing to the Legislative Council. 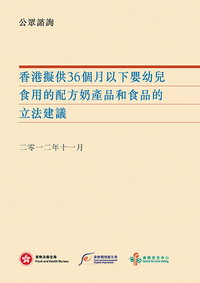 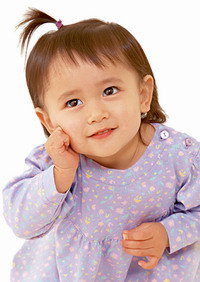 Ciguatera fish poisoning is caused by the consumption of coral reef fish that contain ciguatoxins. The toxins accumulate up the food chain which starts with the herbivorous fish that feed on toxic marine plankton in the coral reef and accumulate successively in the body of larger carnivorous fish.

Ciguatoxins are a group of heat-stable, fat-soluble compounds. They are produced by marine plankton Gambierdiscus toxicus. The plankton live in the oceans between 32°N and 32°S and ciguatera fish only appeared in these regions of the oceans . The toxins are up to 50 to 100 times more concentrated in the viscera, liver and gonads of affected fish, while the fish remain asymptomatic. As the toxins are heat-stable and cannot be removed by cooking or processing, they can affect the nerve and muscle functions of persons who consume ciguatera fish. Ciguatera fish poisoning is now a common type of marine food poisoning worldwide, due to increased international commerce in seafood.

Initial symptoms of ciguatera fish poisoning can appear 30 minutes after consuming ciguatera fish. The symptoms can be gastrointestinal or neurological. Gastrointestinal symptoms such as vomiting, diarrhoea, nausea and abdominal pain usually last only a few days, followed by neurological symptoms like tingling in the oral region and extremities, itching of the skin, reversal of hot/cold temperature perception, fatigue, muscle and joint pain which last longer. In severe cases, hypotension, bradycardia, respiratory difficulties and arrest may develop but death is uncommon. The symptoms can be aggravated by factors such as previous intoxication of ciguatera fish poisoning or consumption of alcoholic beverages, peanuts or bean products along with coral reef fish.

Advice for the Trade: 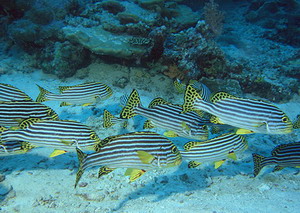 Always purchase food from licensed and reliable suppliers with good hygienic condition. Do not buy food from suspicious and unknown sources, such as food products available in bulk stock at an unusually low price.

Be sure to choose fresh food products rather than those with an abnormal colour or odour or damaged products. Do not buy food with damaged, broken, dented or rusty packages because the food inside may have deteriorated or have been contaminated.

Attention should also be paid to the expiry date (especially the "use by" date) of pre-packaged foods. Avoid buying perishable foods that will soon expire. Check their expiry date before use and store them according to the first-in-first-out principle .

When ordering foods meant to be held hot, do not accept those that are not kept at 60 oC or above during their delivery. For foods intended to be received chilled or frozen, chilled foods should be kept at 4 oC or below and frozen foods at -18 oC or below during delivery.

Hong Kong introduced the import ban on game masked palm civets (also known as Himalayan palm civets or gem-faced civets, or commonly referred to as civet cats) after the outbreak of Severe Acute Respiratory Syndrome (SARS) in 2003. The import ban on civet cats aims to minimise the risk of zoonotic diseases. In view of the public health threat from Middle East Respiratory Syndrome Coronavirus (formerly known as novel coronavirus), the import ban is also extended to bats. 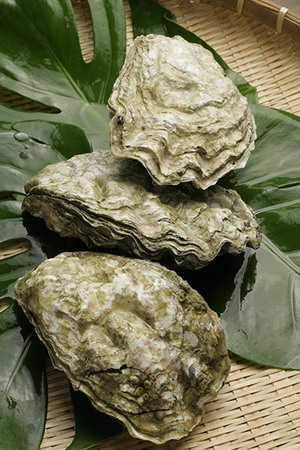 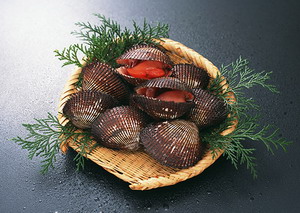 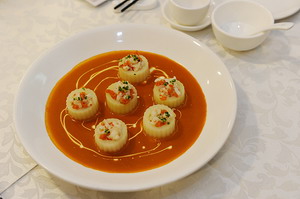 Summer has rolled around! In this issue, we are honoured to have invited Chef CHAN Ka-kui, head chef of the Tin Hau Branch of Royal Legend, a signatory of the Food Safety Charter, to demonstrate how to prepare a summer dish featuring the seasonal hairy gourds – Seafood Stuffed Hairy Gourds. 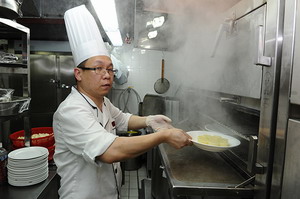 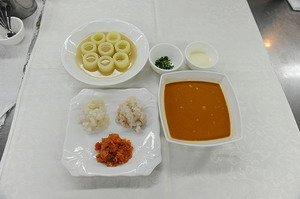 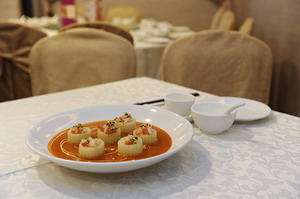 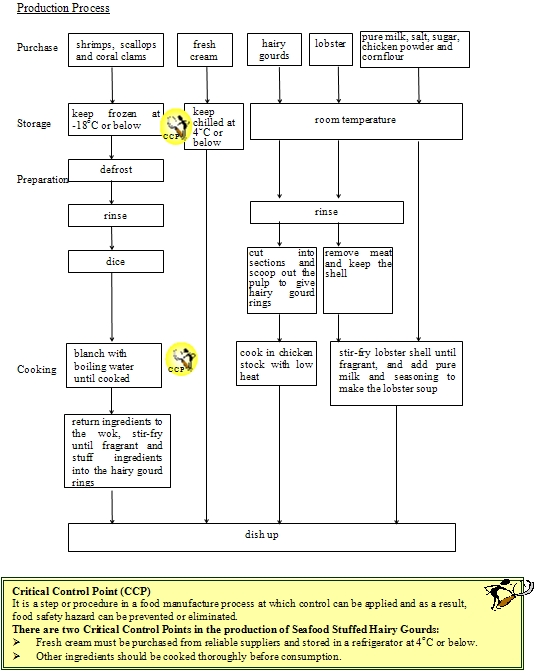 The main topics discussed in the Trade Consultation Forum held in 2012 were as follows:

At the Thirty-third Meeting conducted on 23 February, the Centre for Food Safety (CFS) began by reporting on the progress of Small Volume Exemption (SVE) applications. The " Control of Gamma-butyrolactone (GBL) under the Dangerous Drugs Ordinance", the progress of the " Trade Guidelines on Preparation of Legible Food Label" and issues concerning " Nutrition and Health Claims on Prepackaged Food " were also discussed with trade members. Finally, the CFS introduced the amendments to the "Microbiological Guidelines for Ready-to-eat Food" and the related technical meetings, which trade members were encouraged to attend.

The Thirty-fourth Meeting was held on 25 April. The CFS briefed trade members on the progress of SVE applications, the " Report on Polybrominated Diphenyl Ethers " and the progress of the " Regulatory Framework for Pesticide Residues in Food in Hong Kong". Other topics on the agenda included "Trade Guidelines for Reducing Sugars and Fats in Foods (Draft)" and "Draft Trade Guidelines on Preparation of Legible Food Label". The CFS also briefed trade members on the enforcement strategy against labelling irregularities of locally manufactured prepackaged festive foods and on the requirements for durability indication of prepackaged food. In the end, the CFS reported on the findings of its joint study with the Consumer Council on nutrition labelling and related claims on prepackaged food for infants and young children in Hong Kong.

At the Thirty-fifth Meeting held on 28 June, the CFS began by reporting on the progress of SVE applications, and then briefed trade members on the guideline levels of the radiological standard for bottled water under routine condition and following a radiological emergency, the "Report on the First Hong Kong Total Diet Study: Pesticide Residues" and the "Pesticide Residues in Food Regulation". Lastly, the CFS responded to enquiries from trade members concerning gutter oil and canola oil.

The Thirty-sixth Meeting was held on 28 September. At CFS' invitation, a representative of the Agriculture, Fisheries and Conservation Department briefed trade members on the implementation of Accredited Farm Scheme in Mainland China. Other topics on the agenda included "Report of the Study on Sodium Content in Local Foods", "Import Control of Milk", "Iodine Content in Infant Formula" and "Provision of Appropriate Instructions for the Use in Powdered Infant Formula". The CFS also briefed trade members on the results of the 35 th Session of the Codex Alimentarius Commission. Finally, the Regional Symposium: "Food Claims: Truth and Myth" was introduced and trade members were encouraged to actively participate in the Symposium.

The Thirty-seventh Meeting was held on 7 November. At CFS' invitation, a representative of the Department of Health briefed trade members on the "Hong Kong Code of Marketing and Quality of Formula Milk and Related Products and Food Products for Infants and Young Children". The meeting also covered the "Report on Fatty Acid Esters of 3-monochloropropane-1, 2-diol in Food", "Trade Guidelines for Reducing Sugars and Fats in Foods", "Nutrition Labelling in Restaurants" and "Guidelines on the Use of Aluminium-containing Food Additives".

Details of the discussions at the meetings can be found on the following webpage:
http://www.cfs.gov.hk/english/committee/committee_tcf.html 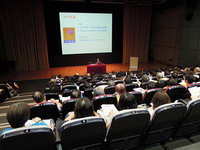 The CFS will organise, in collaboration with food trade associations, food safety talks during the period from July to September. The talks are designed to promote, to the general public and the food trade alike, the concept of making a wise food choice, sourcing food or food ingredients from hygienic and reliable shops, and choosing food according to one's health condition. Besides, the opportunity will be taken through the talks to introduce ways to reduce sodium content in food. It is hoped that by raising awareness on the importance of food safety and healthy diet, everyone can enjoy food in a safe and healthy way. Active participation by all sectors is welcome. For the venues and details of these talks, please visit the CFS website (http://www.cfs.gov.hk). 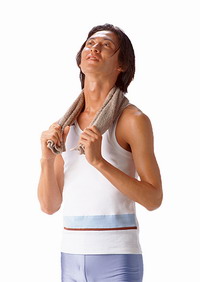 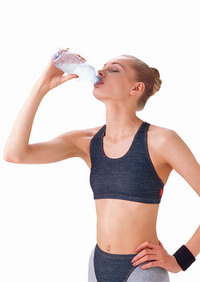 The caffeine content in a can of energy drink is much the same as that in a cup of coffee. Moreover, other ingredients in energy drinks such as taurine and glucuronolactone can either be found in natural food or produced in the human body. Except for caffeine which might cause adverse effects such as nervousness or anxiety in children or people with caffeine allergy, there is no evidence that any other substances in energy drinks can pose serious health risks.

However, the Scientific Committee on Food of the European Union considered that the adverse health effects caused by energy drinks may be due to the interactions between constituents in energy drinks, alcohol and physical exercise. The potential interplay of the above three parameters might lower consumers' awareness of alcohol intoxication, cause rapid loss of body water and sodium in the short run, and subsequently interfere with the heart rate and blood pressure. All these effects could pose health risks to consumers.

As some energy drinks are added with energy enhancing ingredients such as caffeine and B vitamins, as well as other substances such as taurine (a kind of amino acid) and glucuronolactone (a carbohydrate), such drinks may "mobilise energy" by stimulating the nervous system. Some energy drinks may also contain an energy source (e.g. carbohydrates). Energy drinks should not be confused with sports drinks which rehydrate the body and provide sugars and minerals, such as sodium and potassium.

As at present, the Codex Alimentarius Commission has not set any standards in relation to energy drinks. In Hong Kong, there is no specific legislation governing the standards of energy drinks. However, in Australia, formulated caffeinated beverages (energy drinks) must contain no less than 145 mg and no more than 320 mg of caffeine per litre of drink.

Advice for the Trade:

Printed copies of the Food Safety Express can be collected at the Communication Resource Unit located at 8/F, Fa Yuen Street Municipal Services Building, 123A Fa Yuen Street, Mong Kok, Kowloon. For enquiry, please call 2381 6096. The public may also visit the website of the CFS ( http://www.cfs.gov.hk) for the online version.