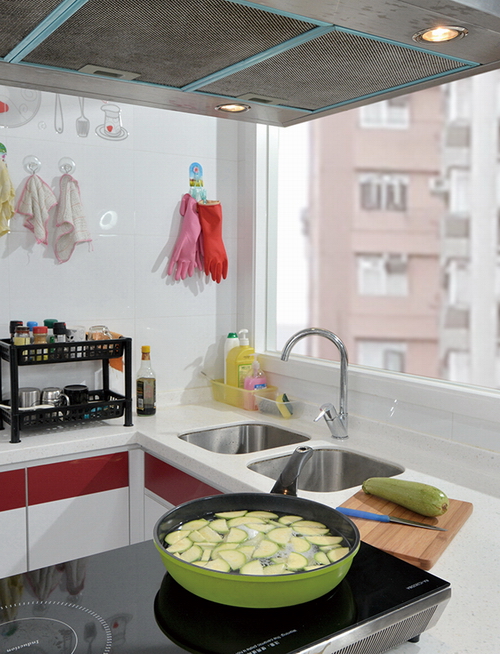 Cooking is a process of preparing food by mixing, combining and heating different kinds of ingredients. It not only helps kill pathogens and reduce biological hazards in food, but also enhances the colour, odour and flavour as well as modifies the texture of food, making food easier to be digested. However, cooking may also generate substances that are harmful to our health.

The high temperatures involved in the pan-frying, deep-frying and baking of food can cause chemical changes in food and generate process contaminants such as acrylamide, certain polycyclic aromatic hydrocarbons (PAHs) and heterocyclic amines (HCAs), which have been found to be probably carcinogenic to humans or possibly carcinogenic to humans. In addition, high temperatures will expedite oxidation of fats in food to form substances unfavourable to health, such as cholesterol oxidation products (COPs) which can be more injurious to heart and blood vessels than cholesterol. On the other hand, the cooking methods of boiling and steaming, usually at a temperature of not exceeding 100ºC, rarely lead to the formation of acrylamide, PAHs and HCAs. Even so, repeated and prolonged cooking (more than three hours) of meat should be avoided because it may also cause the release of COPs. In view of this, the control of both the temperature and time of cooking is important.

Tips for Reducing Risk of Home-cooking

By adjusting the cooking time, temperature and/or using alternative food preparation methods, the amount of contaminants formed in the cooking process can be reduced and we can eat more healthily. 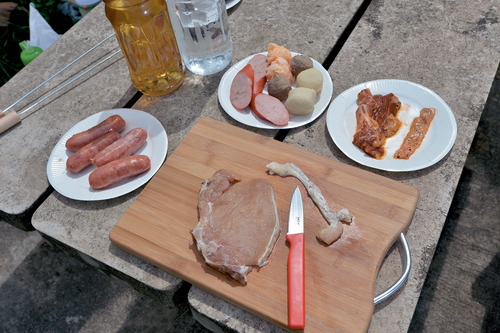 Only Consume Plants Known to be Safe 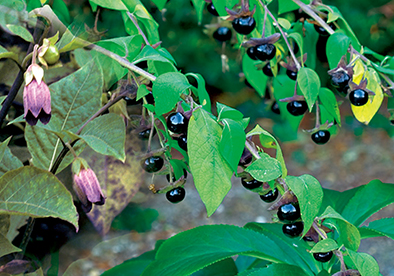 Recently, there have been two local food poisoning cases where the victims consumed Solanum americanum (American black nightshade) and narcissus respectively. The Centre for Food Safety (CFS) urges members of the public not to consume plants that are not edible.

Both S. americanum and narcissus contain alkaloids which are a group of chemicals naturally present in different organisms, including bacteria, fungi, plants and animals. Many alkaloids are toxic to other organisms and therefore they serve as chemical defense compounds to protect plants against predators.

In China, about 1 300 plant species distributed in 140 families are found to be poisonous. Among them, Ericaceae (e.g. red azalea), Euphorbiaceae (e.g. poinsettia and candlenut tree), Solanaceae (e.g. American black nightshade) and Liliaceae (e.g. spider lily, narcissus and hyacinth) comprise a relatively large number of poisonous species. Members of the public are advised to avoid picking wild plants for food use, purchase food from reliable suppliers and only consume plants that are known to be safe. Do not eat any part of a plant if in doubt.

The CFS holds a series of exhibitions on specific themes in shopping centres of public and private housing estates in different districts across the territory every year. Exhibition panels covering topics such as food safety and nutrition are displayed and educational videos are shown to enhance public knowledge on making safe and suitable food choices. Please visit the CFS website (www.cfs.gov.hk) for regular updates on the exhibitions. 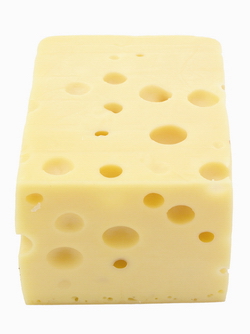 In general, cheeses are produced by coagulating the casein and partially discarding the resulting whey. Nowadays, there are more than 500 types of cheeses throughout the world. The varieties come about as a result of different manufacturing processes with such variations as the types of milk, coagulation methods, starter cultures, addition of salt and duration of ripening.

Cheeses, particularly soft cheeses, have been implicated in listeriosis outbreaks worldwide. Foodborne listeriosis is a relatively uncommon but serious disease caused by L. monocytogenes, a bacterium that can be easily destroyed under normal cooking temperature but is able to grow slowly at a refrigeration temperature as low as 0°C. Asymptomatic infection of listeriosis probably occurs in most healthy people, but it can pose serious health risks for the susceptible populations including pregnant women, the elderly and immunocompromised individuals such as AIDS and diabetic patients.

L. monocytogenes in cheeses can originate from raw materials, in particular raw milk, or come from the processing environment, or result from cross-contamination between the final products and raw materials.

Since pasteurisation, by heating raw milk to a specific temperature for a period of time, kills L. monocytogenes effectively, cheeses made from pasteurised milk are generally considered of lower risk unless post-process contamination occurs.

For cheeses made from unpasteurised milk, their safety relies on a range of factors that influence the presence, growth, survival and inactivation of pathogenic microorganisms including L. monocytogenes.

In general, the risk of the presence of L. monocytogenes is much higher in soft cheeses made from unpasteurised milk than hard/extra hard cheeses made from unpasteurised milk. The lower acidity and higher moisture of the former favours the growth of L. monocytogenes. As revealed in the report of a recent risk assessment study conducted by Food Standards Australia New Zealand, while the risk of Listeria infections associated with the consumption of raw milk soft cheeses (Feta and Camembert cheese) is estimated to be low to the general population, for the susceptible populations, the risk is high. However, the risk associated with the consumption of raw milk Cheddar cheese (a type of hard cheese) and extra hard cheese would be negligible to low/very low to both general and susceptible populations.

Advice to the Susceptible Populations 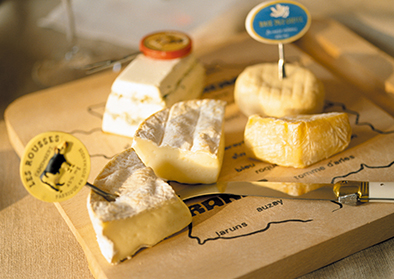 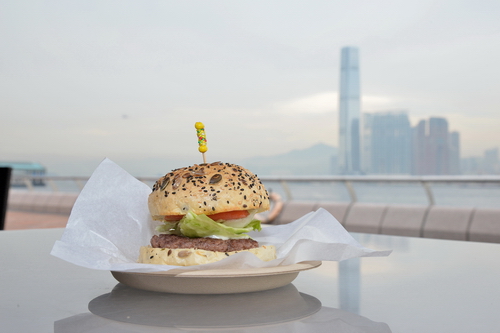 Baking homemade bread has gradually become a recent trend. However, have you thought of making a burger at home? In this issue, we are honoured to have invited Chef SHIU Yu-ho of "iBakery Express", a signatory of the Food Safety Charter and a social enterprise of the Tung Wah Group of Hospitals dedicated to training and employing people with disabilities, to demonstrate how to make a "Beef Burger in Multi-grain Bun".

People are becoming increasingly particular about the oil used for cooking.  In response to demand, traders has put on the market different types of cooking oil, such as olive oil, sunflower oil, canola oil, tropical palm oil, and rice bran oil.  Choosing a healthy cooking oil is important, yet at the same time safe use of cooking oil should not be neglected.  As cooking oil is heated to high temperature, it may undergo various changes (e.g. chemical reactions, increase in viscosity, darker in colour and even develop rancidity) and produce substances which may affect human health, such as polycyclic aromatic hydrocarbons (PAHs), including carcinogenic benzo[a]pyrene.  In general, these substances increase with the duration and temperature of heating.  The following guidelines should be observed when cooking: 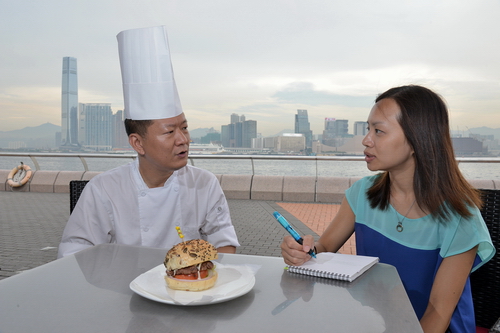 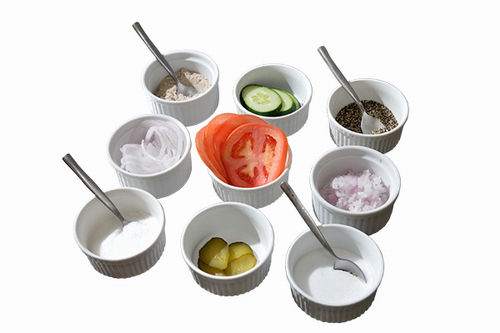 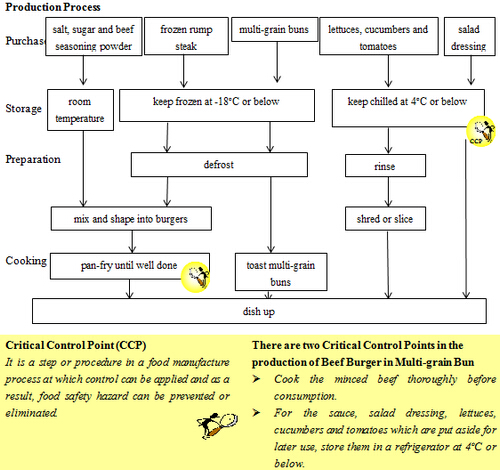 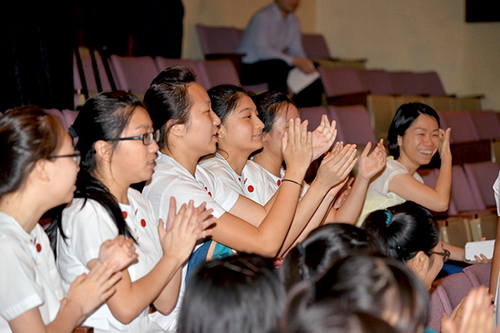 Food Safety Day is an annual signature event organised by the CFS of the Food and Environmental Hygiene Department with a view to promoting tripartite collaboration among the Government, the food trade and the public.

Under the theme of "Safe and Smart Ways to Cook", the Food Safety Day 2014 aimed at promoting to the public good cooking habits to reduce the formation of harmful substances during the cooking process for ensuring food safety. We invited the signatories of the Food Safety Charter to join the event in recognition of their continued support for food safety. Representatives from food trade associations participated in the signing ceremony of "Safe and Smart Ways to Cook". They were committed to providing quality services grounded on food safety to Hong Kong people and tourists.

The Food Safety Day 2014 was held on 4 July 2014 (Friday) at Chiang Chen Studio Theatre of The Hong Kong Polytechnic University. The event kick-started a series of activities in the year and delivered food safety message about good cooking methods. Besides, the Final Round and Award Presentation Ceremony of the Secondary School Food Safety and Nutrition Labelling Quiz Competition, co-organised by the CFS and the Education Bureau and supported by the Committee on Home-School Co-operation, were held in the afternoon that day. The following were the prize winners:

Once again, we congratulate the winning teams and express our thanks to all the guests attending the event. 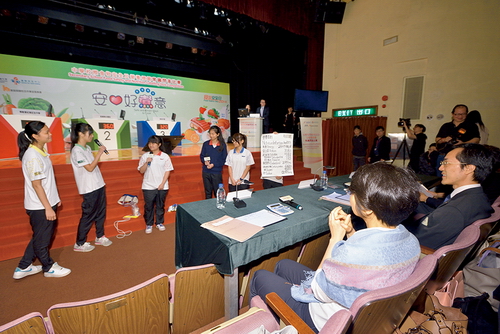 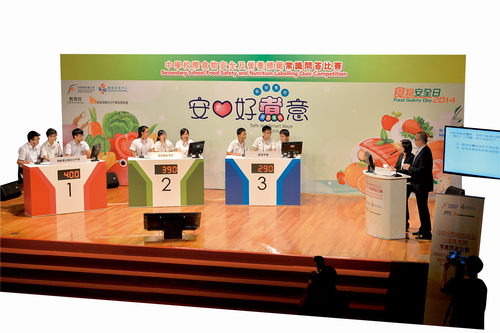 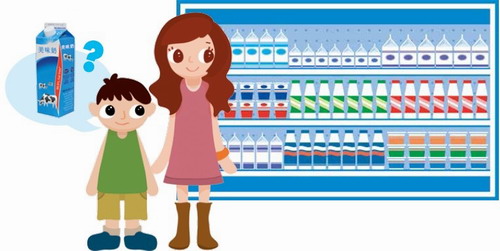 Must there be pineapples in a pineapple bun? 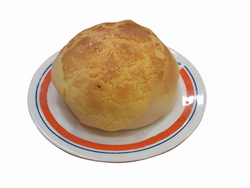 Use the clues below to complete the crossword puzzle.

Printed copies of the Food Safety Bulletin can be obtained from the Communication Resource Unit located at 8/F, Fa Yuen Street Municipal Services Building, 123A Fa Yuen Street, Mong Kok, Kowloon. For enquiry, please call 2381 6096. The public may also visit the website of the CFS ( http://www.cfs.gov.hk ) for the online version.