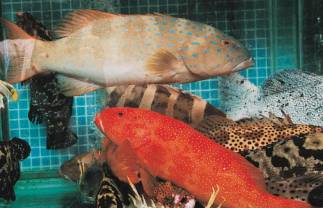 Ciguatoxin originates from a toxic marine microorganism, dinoflagellate, which lives on dead coral reef and algae. In fact, coral reef fish is not toxic, but fish eating the algae accumulates the ciguatoxins, and the effect is magnified through the food chain so that larger predatory fish is more toxic. Ciguatoxin usually accumulates in the head, skin, viscera and roe of the fish. Ciguatoxin does not cause any harm to the coral reef fish. Hence, ciguatoxic fish cannot be identified by its appearance, odour or texture. As the toxin is highly stable, it cannot be destroyed by cooking, refrigeration, drying and digestion.

People affected may show symptoms of mouth and limbs numbness, vomiting, diarrhoea, nausea, abdominal pain and pain of the joints and muscles. If excessive toxin was consumed, the circulatory and nervous systems would be affected.

To prevent ciguatera fish poisoning, members of the public should observe the following measures: