In a nutshell: When cooling cooked food, it must be cooled to 20°C in two hours or less, then cooled further from 20°C to 4°C in four hours or less.

The two-stage cooling method can be applied to ensure that hot items can be quickly cooled down for refrigeration: 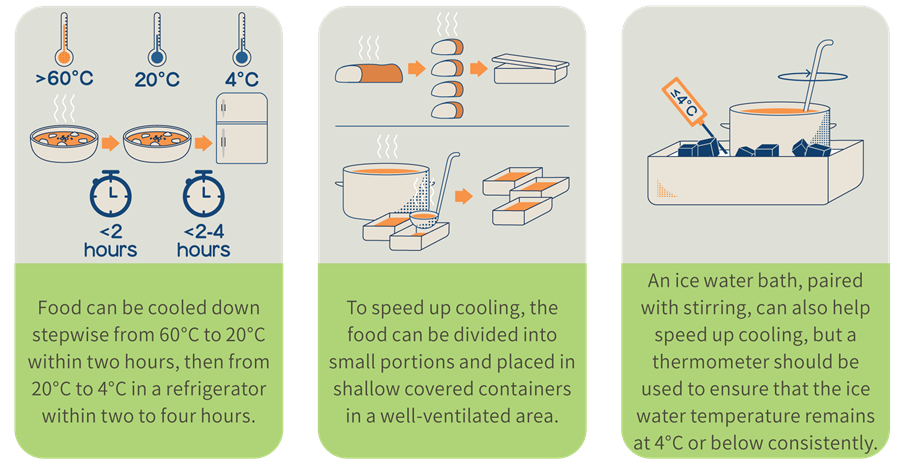 Blast chilling is a method of chilling used in large-scale fast-food restaurants, central kitchens, factories, restaurants and hotel kitchens. The goal is to rapidly cool a large amount of freshly cooked food in a short period of time to save manpower and time while shortening the time in which the food is exposed to dangerous temperatures: