The Centre for Food Safety (CFS) of the Food and Environmental Hygiene Department today (November 21) announced the test results of a recently completed seasonal food surveillance project on lap-mei. The test results of around 140 samples collected were satisfactory.

A CFS spokesman said, "Lap-mei is popular in winter and the CFS has therefore collected a variety of lap-mei samples including Chinese pork sausages, Chinese liver sausages, preserved duck meat and preserved pork from different retailers including online retailers for chemical tests and nutrition content analyses."

Chemical tests targeted veterinary drug residues and preservatives usually found in preserved food, as well as other food additives and colouring matters which may be used in the production process. For nutrition content analyses, the contents of energy, carbohydrates, protein, total fat, saturated fatty acids, trans fatty acids, sodium and sugars of the samples were tested to check if they were consistent with their declared values on the nutrition label.

"Members of the public should maintain a balanced diet and avoid excessive consumption of lap-mei in view of its nitrate/nitrite level and potential risk of nitrosamine, as well as the relatively higher sodium, sugar and fat content in some lap-mei. Infants are highly susceptible to nitrite toxicity and should avoid consuming lap-mei, while for young children, the intake of lap-mei should also be restricted.

"Furthermore, the International Agency for Research on Cancer of the World Health Organization has classified processed meat as 'carcinogenic to humans' (Group 1). The public should avoid excessive consumption of processed meat to reduce the risk of developing colorectal cancer," the spokesman said.

The spokesman also called on the trade to comply with the legal requirements, follow good manufacturing practices and use permitted food additives in an appropriate manner. Retailers should source food from reliable suppliers and maintain a good recording system in accordance with the Food Safety Ordinance to allow source tracing if needed. 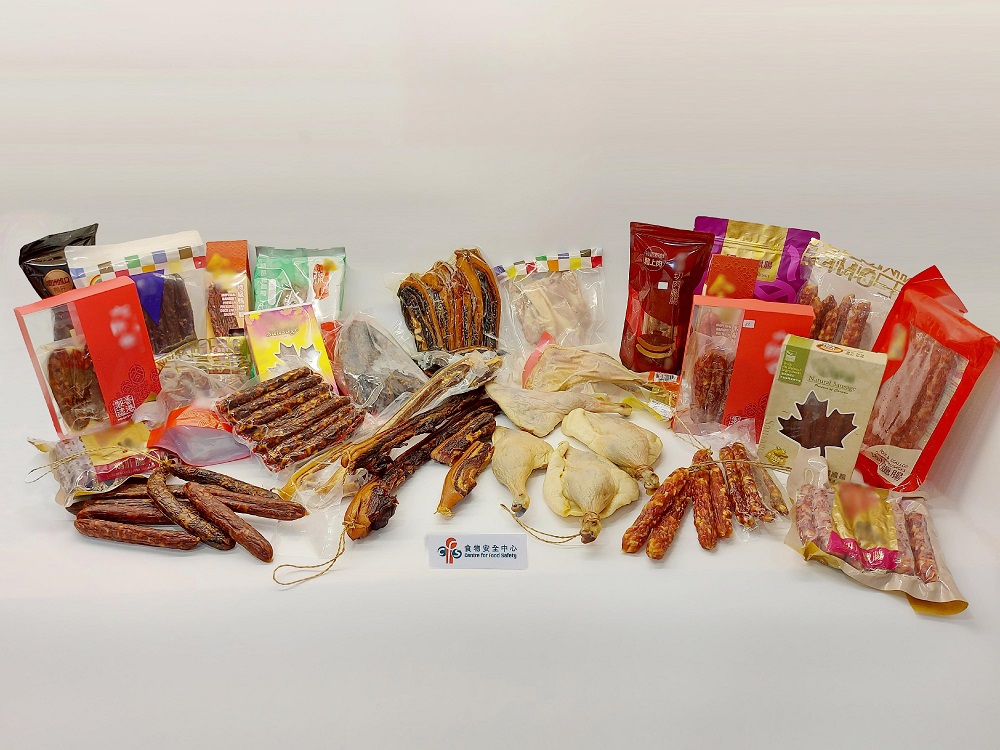 The Centre for Food Safety of the Food and Environmental Hygiene Department today (November 21) announced the test results of the seasonal food surveillance project on lap-mei. All 140 samples tested were satisfactory.