The Centre for Food Safety (CFS) of the Food and Environmental Hygiene Department (FEHD) today (August 22) announced the results of a seasonal food surveillance project on mooncakes (first phase). The results of 146 samples tested were all satisfactory.

A spokesman for the CFS said that samples covering traditional, snowy, ice-cream and other types of mooncakes had been collected from various retailers (including online retailers) and food factories for chemical and microbiological tests and nutrition content analysis.

The chemical tests covered colouring matters, aflatoxins, preservatives and metallic contaminants. Microbiological tests covered different pathogens and hygiene indicators. For nutrition content analysis, the contents of sodium, sugars and total fat of the samples were tested to see if they were consistent with the declared values on the nutrition labels.

The spokesman reminded members of the public to maintain a balanced diet and avoid excessive consumption of mooncakes as they are generally high in sugar and fat. Some types of mooncakes also contain relatively high levels of salt. Eating too much fat will increase the risk of being overweight and obese, while dietary sugar intake is a determinant of body weight and dental caries. In addition, excessive sodium intake will increase the risk of developing hypertension, fatal stroke and coronary heart disease.

He advised people to refer to nutrition labels, particularly on the sugar, salt and fat contents, to make a healthier choice. People should avoid choosing mooncakes with high levels of fat or sugar, i.e. containing more than 20 grams of total fat or more than 15g of sugar per 100g of food. As for reducing salt intake, people can choose low-sodium mooncakes, i.e. containing less than 120 milligrams of sodium per 100g of food.

He said that people should consider their health conditions and consume mooncakes in an appropriate amount during the Mid-Autumn Festival. He also advised people to share mooncakes with their family members and friends, as this not only enhances the festive atmosphere, but also allows them to taste mooncakes of different flavours and avoid overconsumption.

Members of the public should heed the following points in the purchase, storage and consumption of mooncakes to prevent food-borne diseases:

The spokesman also reminded food traders to adhere to the Good Manufacturing Practice. Apart from purchasing food ingredients from reliable suppliers, they should also comply with legal requirements when using food additives.

"Snowy and ice-cream mooncakes, which do not undergo a baking process at high temperature, need to be handled hygienically during processing, transportation and storage to avoid contamination and growth of germs," he said.

The CFS will continue to conduct surveillance on mooncakes and the second-phase results will be released in a timely manner to ensure food safety. 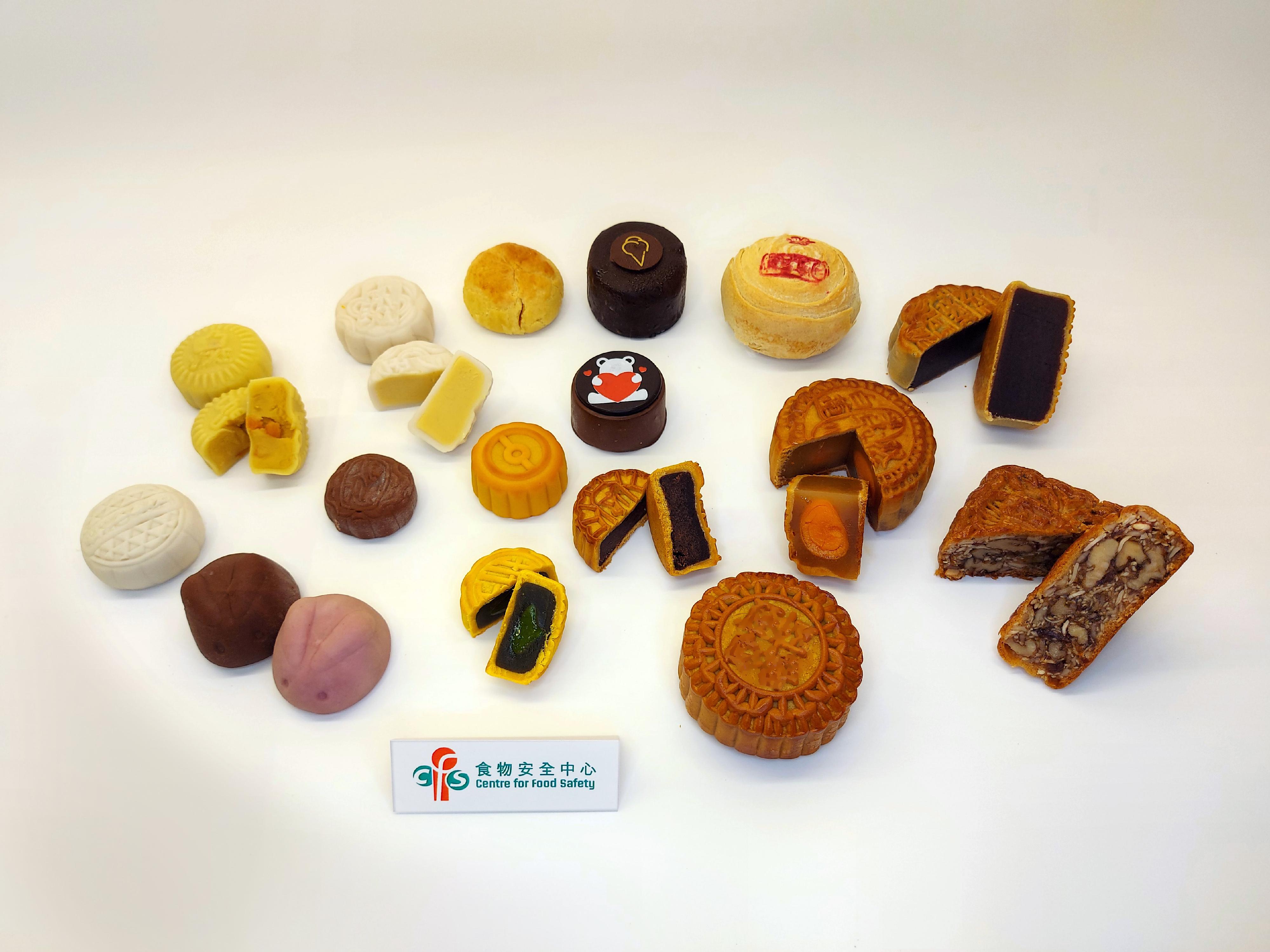 The Centre for Food Safety of the Food and Environmental Hygiene Department today (August 22) announced the test results of the seasonal food surveillance project on mooncakes (first phase). All 146 samples tested were satisfactory.