The Centre for Food Safety (CFS) of the Food and Environmental Hygiene Department today (May 26) announced that the test results of 33 rice dumpling samples collected under a recently completed seasonal food surveillance project on rice dumplings (second phase) were all satisfactory.

"The CFS announced the results of 67 samples collected under the seasonal food surveillance project on rice dumplings (first phase) in mid-May which were all satisfactory. As the Tuen Ng Festival is around the corner, the CFS has completed the second phase of the surveillance project on rice dumplings and the results of 33 samples were all satisfactory. In conclusion, samples of rice dumplings from different retail outlets (including online retailers and online food delivery platforms) and food premises (including restaurants and food factories) were collected for chemical, microbiological and nutrition content analyses during the two phases. The chemical analyses included tests for colouring matters, preservatives, metallic contamination, mineral oil, antioxidants, sweeteners and pesticide residues. The microbiological analyses covered pathogenic bacteria including Salmonella, coagulase-positive staphylococci organisms, Clostridium perfringens and Bacillus cereus. In addition, nutrition contents such as protein, total fat, sodium and sugars of the samples were also tested to check whether the test results complied with their declared values on the nutrition labels," a spokesman for the CFS said.

The spokesman reminded members of the public to observe the following food safety tips in purchasing, preparing, storing and consuming rice dumplings:

Home-made rice dumplings
-----------------------------
* Buy wrapping leaves from reliable suppliers and avoid leaves that are unnaturally bright green or with chemical smells;
* Wash hands and utensils thoroughly before and after handling food; and
* Handle raw and cooked food separately to avoid cross-contamination.

The spokesman said, "Rice dumplings in general are relatively high in energy, fat and salt. During the festival, people should maintain a balanced diet, and consume rice dumplings moderately, with due consideration of their health condition. People are recommended to share rice dumplings with their family members and friends, as this not only enhances the festive atmosphere, but also allows them to taste rice dumplings of different flavours and avoid over-consumption. People are also advised to make use of nutrition labels on prepackaged food to compare their nutritional contents for healthier food choices." 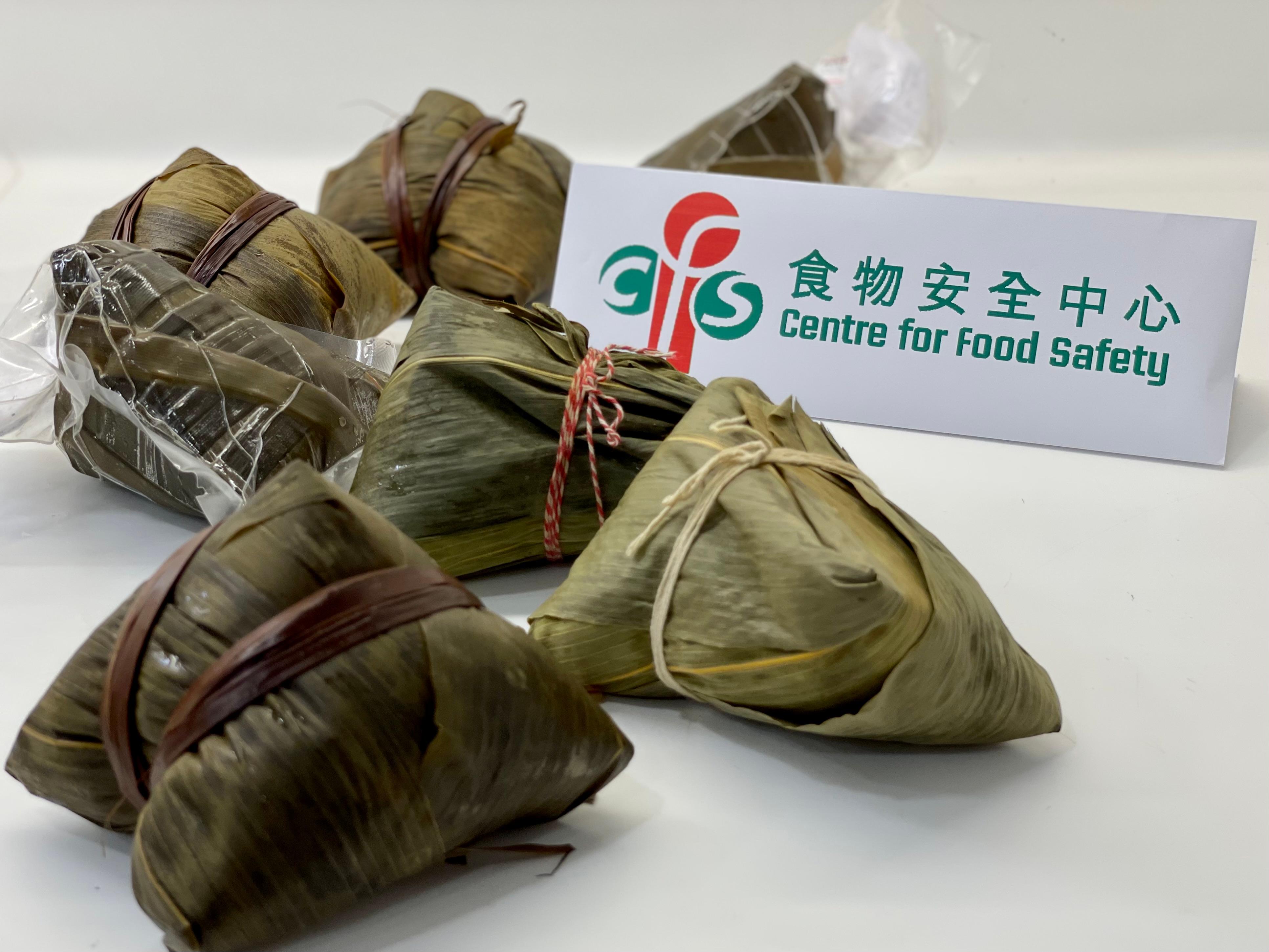 The Centre for Food Safety of the Food and Environmental Hygiene Department today (May 26) announced the test results of the seasonal food surveillance project on rice dumplings (second phase). All 33 samples collected were satisfactory.