During the operation, the FEHD arrested a 40-year-old man and initiated procedures on prosecution for suspected of operating an unlicensed cold store, and found about 1 700 tonnes of frozen meat and offal at the premises. The meat concerned has been marked and sealed, and has not entered the market. The FEHD is tracing the source of the products, and investigation is ongoing.

Under the Food Business Regulation (Cap. 132X), the maximum penalty for operating an unlicensed cold store is a fine of $50,000 and six months' imprisonment upon conviction.

Furthermore, in accordance with the Imported Game, Meat, Poultry and Eggs Regulations (Cap. 132AK), any person who imports game, meat, poultry or eggs should produce a health certificate issued by an issuing entity from the place of origin or obtain prior permission in writing from the FEHD. Offenders are liable on conviction to a fine of $50,000 and six months' imprisonment.

"As meat and poultry products from dubious sources have not been tested, they may pose health risks to the public. The FEHD and relevant departments will continue to step up surveillance and deter the illegal import of meat and poultry to safeguard food safety and public health," a spokesman for the FEHD said.

"The Government will continue to take stringent enforcement action against unlicensed food businesses to safeguard food safety and public health," the spokesman added.

Members of the public can report any suspected illegal food business activities by calling the FEHD hotline at 2868 0000. 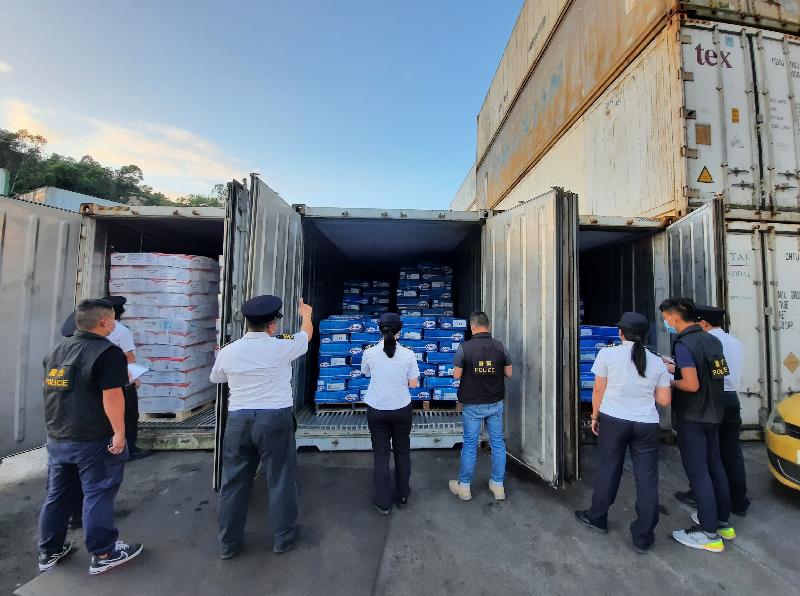 In a joint operation with the Police yesterday (October 4), the Food and Environmental Hygiene Department raided an unlicensed cold store at Upper Lung Kwu Tan, Tuen Mun, and found about 1 700 tonnes of frozen meat and offal at the premises.