Following up on the incident in which whey protein concentrate produced by a New Zealand dairy product enterprise, Fonterra Co-operative Group (Fonterra), was contaminated by Clostridium botulinum, the Centre for Food Safety of the Food and Environmental Hygiene Department (CFS) learned that ingredients suspected of contamination were used in the production of a kind of growing up formula available for sale in Hong Kong and the importer concerned had initiated a product recall, a spokesman for the CFS said today (August 5).

Among the 140 000 cans of the affected product, the CFS was informed that more than 80 000 cans have entered the Hong Kong and Macao markets while those kept in the warehouse of the importer were marked and sealed.

The CFS urged members of the public who had purchased the product to immediately stop feeding it to their young children. The trade should also stop sale of the product.

"The concerned importer informed the CFS that it had contacted its clients and taken the initiative to recall the relevant product. The CFS will monitor closely the recall," the CFS spokesman said.

Moreover, the CFS alerted the trade of the food incident concerning Fonterra's products yesterday and has deployed staff to conduct checks at the retail outlets. So far no affected products known to the CFS have been found on sale in the local market.

The CFS will monitor the situation closely and sample dairy products for children aged under one-year- old manufactured in New Zealand for testing to ensure that they are safe for consumption.

Members of the public can call CFS' designated hotline 3978 0600 operating between 6pm and 9pm today should they have any enquiries about the affected product. It will operate between 9am and 9pm tomorrow (August 6), and between 9am and 6pm from August 7 to 9.

The spokesman said, the CFS will continue to keep close liaison with the New Zealand authority and the local trade, keep an eye on the latest development, and take appropriate actions whenever necessary to safeguard public health and food safety. The CFS will also report the latest situation to the public every day to keep them abreast of the most updated situation.

As to botulism, a spokesman for the Department of Health (DH) said,"it is a rare but potentially life-threatening disease caused by a neurotoxin produced by the bacteria, Clostridium botulinum, which can be found in soil, the environment and contaminated food," a spokesman for the Centre for Health Protection (CHP) of the Department of Health explained.

Children aged over one and adults with normal gastrointestinal tract are normally resistant to colonisation by Clostridium botulinum. However, infants under one-year-old and immunocompromised adults, those using antimicrobials, or those with bowel abnormalities may predispose to colonisation after consuming the spores of the botulinum bacteria, which then grow in the intestine and release toxin, causing botulism (also known as intestinal botulism).

Patients with intestinal botulism may present with constipation and poor feeding. Botulism is however not communicable from person to person. The disease may be life-threatening with serious complications. Treatment and therapy are mainly supportive.

Locally, no botulism cases have been recorded after botulism has been statutorily notifiable since July 2008.

The CHP will send letters to doctors alerting them the issue. Parents should stop feeding their children with the affected product immediately and may switch to another batch or formula. Parents whose children develop relevant symptoms after consuming the affected product are advised to promptly seek medical attention as appropriate.

Children aged above one can opt for cow milk, including fresh cow milk, UHT milk or full fat milk powder. As for expectant mothers, breast milk is the best natural food for their babies and due consideration should be given to exclusively breastfeed their babies for the first six months, then with the introduction of complementary foods, and continuing breastfeeding up to two years old and beyond. 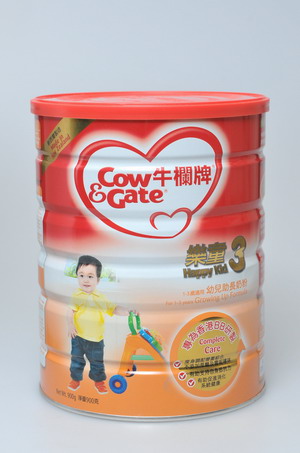 Following up today (August 5) on the incident in which whey protein concentrate produced by a New Zealand dairy product enterprise, Fonterra Co-operative Group (Fonterra), was contaminated by Clostridium botulinum, the Centre for Food Safety learned that ingredients suspected of contamination were used in the production of a kind of growing up formula available for sale in Hong Kong. Picture shows a product of the same kind.