The Centre for Food Safety (CFS) of the Food and Environmental Hygiene Department today (November 16) announced the latest round of test results on infant formulae.

Among the 21 infant formulae tested on energy and nutrient content, the potassium and protein content of an infant formula packaged in Malaysia was found exceeding the standards of the Codex Alimentarius Commission (Codex) (see table 1).

A CFS spokesman said, although currently no international standards have been set by the World Health Organization (WHO) on the maximum daily intake of potassium or protein for infants below six months old, and in general adverse health effects are not found in healthy adults and children from consumption of food containing relatively high level of potassium or protein, excessive intake of potassium and protein may increase the renal load of infants, posing a health risk to them as their kidney function is not fully developed. Hence, for the sake of prudence, the CFS has instructed the importer to stop sale and recall the concerned product from consumers.

Relevant product details of the infant formula are as follows:

The spokesman said, "The CFS has informed the concerned distributor/importer the results and learnt that the company had imported two batches of the product, but none has been put on sale at the retail outlets. The distributor/importer has already stopped sale of the concerned product and initiated a voluntary recall. Members of the public can call the hotline: 3542 5626 to enquire about the recall arrangements. The CFS has also notified the concerned regulatory authorities of the place of manufacturing for their follow-up as required."

Furthermore, regarding initial results of tests conducted in August which showed that the biotin content of two products, Wakodo (850 grams/can) and Meiji (850 grams/can), did not comply with the Codex standard, repeated tests confirmed that their biotin content complied with the Japanese standard, but was below the Codex requirement (see table 2).

According to the risk assessment findings, if infants are fed according to the instructions printed on the labels of the infant formulae concerned, the biotin intake of the infants will be less than the value recommended by the WHO, i.e. five micrograms per day.

The spokesman said, overt dietary biotin deficiency is rare and it has not occurred in breastfed infants. But if infants between zero and six months old solely rely on the product for intake of biotin, adverse health effects cannot be ruled out. Biotin-deficient infants may show symptoms like hair loss, skin rash, hypotonia and lethargy, etc.

Of the two kinds of infant formula manufactured in Japan, the Wakodo (850 grams/can) which was detected to contain iodine at a level too low, was already taken off-shelf. Information of the other Meiji infant formula is as follows:

The CFS has notified the trade the test results. Since there is no agent nor dedicated importer for the product, members of the public can enquire with the retail outlets where they bought the product if there is any recall arrangement.

Other than the test results announced this time, the CFS has earlier on released the results of tests on the iodine content of 63 infant formulae locally available for sale. Seven of them were found to have iodine content too low and might have potential adverse health effects on infants.

"Meanwhile, the CFS will continue its tests on the nutritional composition set by Codex in infant and follow-up formulae available in the local market. Tests on all formulae catering for infants below six months old are expected to be completed by the end of this year while those on formulae intended for young children between six and 36 months old may finish within the first half of next year," the spokesman said. 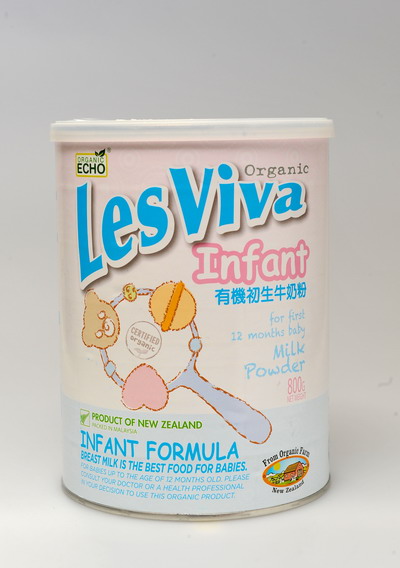 The Centre for Food Safety found the potassium and protein content of an infant formula, Organic Les Viva Infant milk powder (0-12 months) (pictured), exceeding the standards of the Codex Alimentarius Commission. It may pose a health risk to infants. 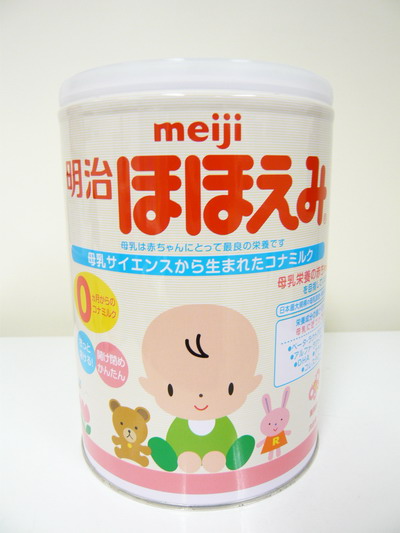 The Centre for Food Safety found a Japanese infant formula, Meiji (0 -12 months) (pictured), containing iodine at a level too low. It may have adverse health effects on infants.