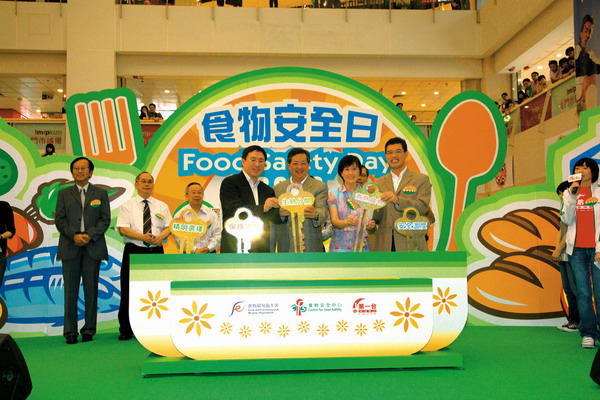 There is a Chinese saying that "food is people's paramount concern". When enjoying food, we should pay attention to food safety in order to prevent the spread of disease. Every summer, the Centre for Food Safety (CFS) organises a series of large-scale promotional activities to advocate food safety. 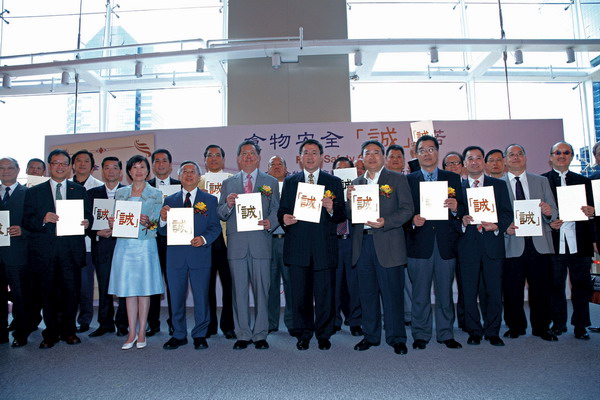 The Centre for Food Safety (CFS) has all along been promoting the importance of tripartite collaboration among the Government, the food trade and consumers to ensure that food sold in Hong Kong is safe and fit for human consumption. To highlight the theme of "Five Keys to Food Safety" this year, CFS has invited representatives of the food trade to sign the "Food Safety Charter". Upon signing the "Food Safety Charter", food trade associations and restaurants are committed to disseminating the messages of the "Five Keys to Food Safety" to their staff, members and customers, as well as to set a good example for the trade so as to uphold the food safety standard. 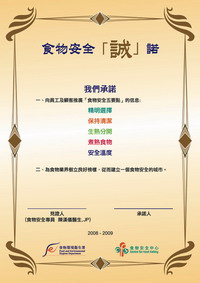 The "Food Safety Charter" signing ceremony was held on 3 July 2008. More than 70 representatives from food trade associations and licensed food premises who were members of the associations signed the "Food Safety Charter". The ceremony was witnessed by Mr CHEUK Wing-hing, the Director of Food and Environmental Hygiene, Mr CHEUNG Yu-yan, the Chairman of the Legislative Council Panel on Food Safety and Environmental Hygiene and Mr LI Wah-ming, the Deputy Chairman, Dr CHAN Hon-yee, the Controller of the Centre for Food Safety, Professor KWAN Hoi-shan, the Chairman of the Expert Committee on Food Safety and Mr Kenneth SO, the Head of Public Affairs Division of the Consumer Council. Addressing the ceremony, Mr CHEUK said that the trade had been playing a vital role in ensuring food safety by attending to every step of storage, processing and delivery of food from raw materials to end products. He thanked the trade for their enthusiastic support for the Charter and joining with the public and the Government in promoting and implementing measures to ensure food safety.

As at early September, a total of 20 food trade associations and more than 700 licensed food premises have signed the "Food Safety Charter".

All licensed food premises in the territory are encouraged to join the Government and consumers in promoting the "Five Keys to Food Safety" and building a food safe city.

CFS is now inviting licensed food premises to sign the "Food Safety Charter". For the application form and details of the activities, please visit the following web site of CFS:

In response to a series of food incidents involving imported food, the Food and Health Bureau has announced a package of new measures to ensure the safety of imported food. One of these new initiatives is to introduce new legislation requiring all food importers and distributors to submit to CFS information including their company's particulars, contact details and the main food types which they import / distribute so that CFS can build up a register of food importers and distributors. In the event of a food incident, this will help CFS to more readily identify the importer(s) concerned, trace the source of the problematic food and take necessary actions.

Pending the enactment of the new legislation, CFS has launched a pre-statutory voluntary registration scheme to encourage importers / distributors of various food categories to register with CFS by phases. CFS also encourages the food trade to keep record of the movement of their food to enhance food traceability. Subject to the consent of the food business operators, CFS will upload to its web site the names of those companies registered under the Scheme for the reference of the local food trade and overseas food suppliers.

Further information about the Scheme can be found at the following web page:
http://www.cfs.gov.hk/english/whatsnew/whatsnew_fstr/whatsnew_fstr_pre_stat_vol_scheme.html

(I) Prepare Shrimp Sashimi with Care

Hong Kong people like delicious food and sashimi is one of the most popular foods in recent years. Due to a high market demand, sashimi is available not only in Japanese restaurants, but also in many other restaurants as well.

Sashimi is eaten raw and improper preparation can easily lead to food poisoning. The Food and Environmental Hygiene Department (FEHD) has imposed stringent licensing requirements for restaurants preparing and selling sashimi, and such restaurants must apply for a permit/endorsement from the Department.

Shrimp sashimi is a popular type of sashimi. During its preparation, the flesh of shrimps can be contaminated by pathogens like Vibrio parahaemolyticus and Vibrio cholera, attached to shrimp shells, causing sickness to the consumer. Therefore, restaurant licensees and food handlers should take precautionary measures by observing the "Five Keys to Food Safety." 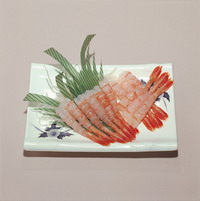 In addition, inform both the Department of Health and FEHD for follow-up action if any customer has gastrointestinal symptoms after consuming sashimi.

To meet customers' demand, many restaurants serve buffets which offer a wide variety of foods including not only traditional cooked foods, but also high risk foods such as raw oyster and sashimi. In serving buffet, restaurants should be extra vigilant and follow the "Five Keys to Food Safety" to ensure food safety and prevent food poisoning. 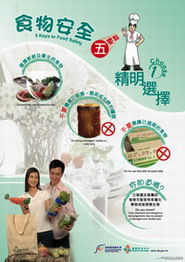 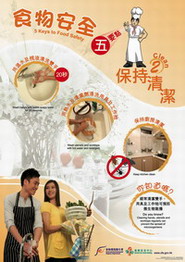 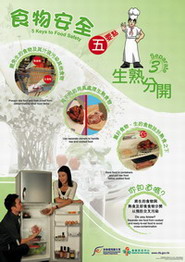 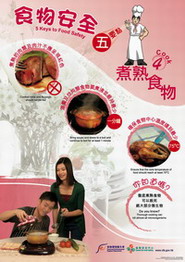 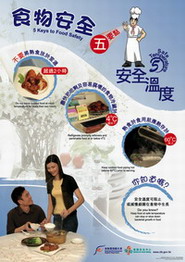 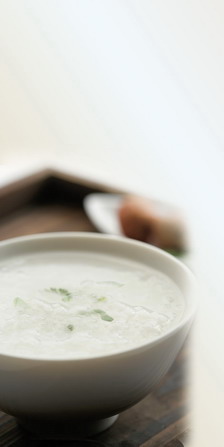 The media reported an incident that the skin of a nine-month-old baby boy turned blue after consumption of congee containing Chinese spinach. He was confirmed to suffer from Blue Baby Syndrome, i.e. methaemoglobinaemia, which is a rare condition under which haemoglobin in the blood has been oxidized to methaemoglobin and is unable to carry oxygen to the body tissues. Subsequent testing of the congee sample confirmed the presence of high nitrate content which could well be converted to nitrite in the baby boy causing the methaemoglobinaemia.

Nitrate occurs in the environment, in air, food (particularly in vegetables and fruits) and water, and is produced inside living organisms. It can also be used as preservatives, mainly in cheese products and cured meat (e.g. preserved sausage and ham). The level of nitrates in vegetables varies greatly among species. Higher levels of nitrate have been consistently reported in certain vegetables. However, the content of nitrate in food is generally safe for adult consumption.

Vegetables are important to human nutrition as a source of dietary fibre, vitamins and minerals and can help prevent the development of cancers and other chronic diseases. The public are advised to maintain a balanced diet and eat a variety of fruits and vegetables (i.e. leafy vegetables, fruiting vegetables, root vegetables, flowering/head brassicas etc. on different days) in order to avoid excessive exposure to chemicals from a small range of food.

Furthermore, babies below 6 months of age are most vulnerable to methaemoglobinaemia and should avoid vegetables of high nitrate content (e.g. spinach, beets) and processed food with nitrates added as food additives (e.g. cheese , cured meats). 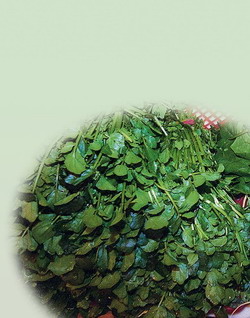 Recent newspapers reported that a local woman was infested by the parasitic liver fluke Fasciola after consuming raw watercress during her travel in Southeast Asia. Fascioliasis is an infection caused by Fasciola hepatica (the cattle/sheep liver fluke) or Fasciola gigantica. Humans are highly prone to infestation after eating uncooked water plants like watercress, which provide shelter for liver flukes. They can cause damage and enlargement of the liver during early stage of infestation, and can later cause severe pain in the right upper abdomen or yellowing of skin, and in some cases, skin inflammation. To prevent parasitic infestations, do not consume uncooked water plants, particularly watercress and water chestnuts.

You probably have already known about saturated fat and its harmful effects on human health, particularly the risk of heart disease. In recent years, another type of fat, trans fat, has increasingly become a subject of concern both overseas and in Hong Kong . So what are the differences between these two types of fat? Which one is more damaging to our health? Please take a look at the following table and you will get the answers. 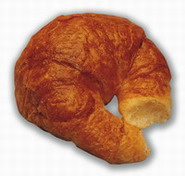 As part of a healthy diet, it is advisable to choose foods low in both trans fat and saturated fat.

What comes to mind at the mention of beef and rice noodles? Stir-fried beef with rice noodles, of course. This is a Hong Kong specialty dish on the menus of many restaurants, including fast food restaurants. Even though the dish is very popular, attention must be paid to some critical points on safety during its preparation. Heed these critical points on safety, and your customers can enjoy this delicious dish safely.

Safety Tips on Production of Stir-fried Beef with Rice Noodles

There are so many events not to be missed this summer! Besides the 2008 Olympic and Paralympic Equestrian Events hosted by Hong Kong, the Food Expo 2008 organised by the Hong Kong Trade Development Council from 14 to 18 August 2008 brought together food manufacturers and suppliers from Hong Kong, the Mainland and overseas countries, which offered a wide range of food and drinks to the public. To remind the public of food safety and hygiene while enjoying the great food, CFS set up a booth at the Expo to promote the "Five Keys to Food Safety" through games and exhibitions. Members of the public were advised to follow the "Five Keys to Food Safety" to ensure food safety.

Food and Drugs (Composition and Labelling) (Amendment: Requirements for Nutrition Labelling and Nutrition Claim) Regulation 2008 was enacted by the Legislative Council on 28 May and will come into effect on 1 July 2010.

In order to assist the trade and laboratory service providers to better understand and comply with the Nutrition Labelling Scheme, CFS has been conducting workshops on Nutrition Labelling Scheme for the trade since July. Our staff will introduce the Regulation and the Guidance Notes during the workshops and facilitate the participants to better understand the Regulation by case studies. Participants are also welcome to give their valuable opinions for our reference. For details of the workshops, please visit the following web site of CFS:
http://www.cfs.gov.hk/english/food_leg/food_leg_Workshop_on_Nutrition_Labelling_Scheme.html

(I) Harmful Substances in Food Regulations 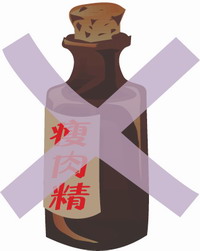 The Regulations stipulate that the maximum permitted concentration of aflatoxin in peanut products and other food products are 20 and 15 micrograms per kilogram of the food respectively. Traces of aflatoxin may be found in food and long term intake may cause liver cancer.

In addition, the Regulations stipulate that clenbuterol is a prohibited substance. Selling pork and pig offal containing clenbuterol (a leanness-enhancing agent) is in breach of the Regulations. Consumption of clenbuterol tainted pig offal and pork may cause symptoms like dizziness, headache, hand tremor, palpitation and agitation. People with heart diseases are prone to more severe effects.

Red 2G (also known as CI Food Red 10, International Numbering System No.128) is a synthetic dye which is resistant to heat, light, acids and sulphur dioxide. It imparts a light red colour, producing cherry to blood-red shades in foods. The European Food Safety Authority (EFSA) has recently re-evaluated the safety of Red 2G and concluded that the use of Red 2G in food would pose a safety concern.

Red 2G is converted into aniline in the human body and experts consider that aniline could possibly be carcinogenic. In the light of this, Hong Kong will ban the use of Red 2G as a colouring matter in food. The amended Colouring Matter in Food Regulations shall come into effect on 1 December 2008 . 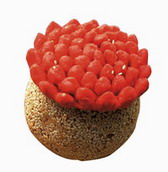 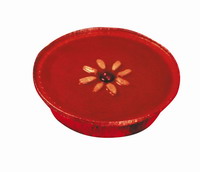 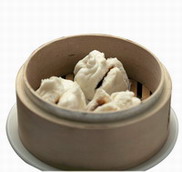