Ciguatera fish poisoning is reported in Hong Kong from time to time, sometimes as large outbreaks. It is caused by the presence in the fish of toxins elaborated by the dinoflagellate that grows in coral reef areas. Fish eating the algae accumulates the toxins, and the effect is magnified through the food chain so that large predatory fish become the most toxic. This occurs worldwide in tropical areas.

While the ciguatoxin does not cause the marine fish any harm, human may suffer numbness of extremities and around the mouth, vomiting, diarrhoea, muscle and joint aches several hours after consumption of ciguateric fish. If the fish consumed contains a high concentration of the toxin, the nervous and circulatory systems will be adversely affected. Most cases of ciguatera fish poisoning are self-limiting. The toxin cannot be removed by cooking or refrigeration.

Ciguateric fish cannot be identified by appearance, texture, taste or smell. Quick and reliable screening tests for ciguateric fish are not yet available. In general, the larger the fish, the more likely and the higher the concentration of toxin present. Ciguateric fish is found in tropical waters. In Hong Kong, cases of ciguatera fish poisoning had been related to live coral reef fish imported from areas such as the Nan Sha Islands and the South Pacific.

According to past records of ciguatera fish poisoning cases reported in Hong Kong, fish species which are more likely to contain ciguatoxin include Moray Eel, Lyretail Grouper, Two-spot Red Snapper, Humphead Wrasse, Tiger Grouper, Flowery Grouper and Spotted Coral Grouper. Sizes of fish involved in reported cases usually ranged from one to five catties, but fish under one catty or over 20 catties had also been reported.

A code of practice (COP) for the prevention and control of ciguatera fish poisoning, effective as from 15 December 2004, has been developed for the trade. The COP is applicable to all importers, wholesalers (including local fish farms) and retailers (including restaurants selling live marine fish) who import or sell live marine fish. 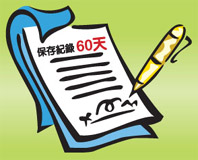 Gist of the COP is as follows:

Colouring Matters in Food under a Magnifying Glass

The Chinese have always been particular about eating, paying much attention to the colour, aroma and flavour of food. In the course of food production, food manufacturers may add colouring matters into the food so as to restore their colours or make them look more appealing. Colouring matters are food additives that are natural or synthetic. It is difficult to tell just from the appearance of the food.

Under FEHD's regular food surveillance programme, samples of different food products are taken from the market for analysis. Orange II, a colouring matter not permitted under the Colouring Matter in Food Regulations, was found in Chinese puddings. The pudding manufacturers and vendors concerned were both prosecuted and convicted. During the follow-up investigations, testing results of samples of the same kind of food taken from the market were satisfactory. 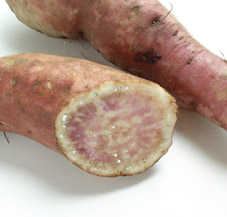 In response to earlier reports of the suspected use of colouring matters in purple sweet potatoes and yellow croakers sold on the market, FEHD had conducted special inspections to various retail outlets including market stalls throughout the territory and had taken samples for laboratory analysis. Laboratory results revealed that all samples of purple sweet potatoes contained a purple pigment called anthocyanin.

As for yellow croakers, among the samples taken for analysis, two obtained from the same retailer were found to contain Tartrazine and Sunset Yellow FCF. While these two colouring matters are permitted under the Colouring Matter in Food Regulations to be added to food, it is prohibited by law to add colouring matters to fresh fish in a raw and unprocessed state. Offenders shall be liable to a fine of $ 50,000 and six-month imprisonment

According to the Colouring Matter in Food Regulations, citrus fruit may have in or upon it added permitted colouring matter if:

For food complaints, please approach the District Environmental Hygiene Offices of FEHD or call the 24-hour hotline on 2868 0000.

News in Brief: The Communication Resource Unit Certified with ISO 9001:2000 To keep abreast of the times, the Communication Resource Unit of FEHD has adopted the ISO 9001:2000 quality management system and, having been audited by an international certification body, was certified with ISO 9001:2000 on 31 January 2005.

The Communication Resource Unit will strive for continual improvements to provide better services to trade.

FEHD's Trilingual Telephone Hotline System has been in service. The public can call the departmental hotline on 2868 0000 to listen to information on food safety and environmental hygiene in Cantonese, Putonghua and English by following the recorded instructions.

Compliance with the Harmful Substances in Food Regulations 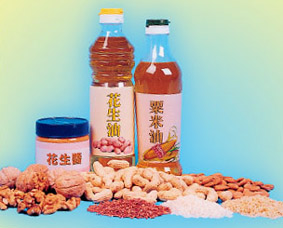 The Public Health and Municipal Services Ordinance (Cap 132, Laws of Hong Kong) stipulates that food for sale in Hong Kong must be fit for human consumption. Its subsidiary legislation, the Harmful Substances in Food Regulations, listed 39 harmful substances, together with their maximum concentration, allowed in specified foods. Alfatoxin is among one of them.

The Regulations also stipulate that no person shall import, consign, deliver, manufacture or sell, for human consumption, any food of a description specified in the regulations which contains harmful substances in greater concentration than is specified thereto. Any person who contravenes the regulations is liable on conviction to a maximum fine of $50,000 and to imprisonment for six months.

Take, for example, clenbuterol. Consumption of clenbuterol tainted pig offal and pork may cause symptoms like dizziness, headache, hand tremor, palpitation and agitation.

Under the regulations, no person shall import, sell, consign or deliver for human consumption any fish, meat or milk which contains any substance specified thereto. Any person who contravenes the regulations is liable on conviction to a maximum fine of $50,000 and to imprisonment for six months.